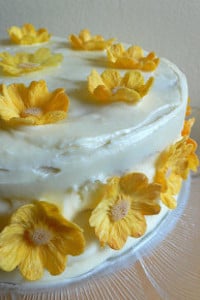 Divorce is hard. There’s no denying it. It is difficult, emotionally, to separate from someone who you thought was going to be in your life forever. It is also difficult to do so financially.

It would be dishonest of anyone—especially divorce lawyers—to paint divorce as a walk in the part, a bouquet of roses.

But does it have to be as bad as it is sometimes portrayed in the media, in movies, and in books?

Not necessarily. The way that your divorce proceeds often depends largely on the attitude of you and your spouse. And some ex-spouses are having a party.

ABC News recently reported that event planners, bakers, and academics have noticed a rise in “divorce parties” over the last couple of years.

Duff Goldman, owner of Charm City Cakes (whose cakes were featured on the Food Network’s Show “Ace of Cakes”), was quoted in the article: “We’re thrilled that we can put a positive spin on what can be a difficult and stressful time for people.”

The increase in these parties perhaps points to a decrease in the stigma surrounding divorce.

Divorce used to mean failure, and there was a deep sense of shame among people who divorced their spouses.

But today, many people are approaching divorce with a more forgiving attitude. Mistakes happen, people change, and sometimes, it’s better to divorce than stay in an unhappy marriage. With this realization, spouses are celebrating a new chapter in their lives and the freedom that being single brings.

If you are considering divorce or have been told by your spouse that he or she wants a divorce, it helps to have a more positive attitude. Of course, there are going to be times that you feel depressed, angry, confused, and hurt. Overall, however, it can be healthier in the long run to look at divorce as an opportunity for a fresh start and a better life for you and your family.

If you have questions about divorce, feel free to call the experienced Everett, WA divorce lawyers at the Law Offices of Jason S. Newcombe. We’d be happy to answer your questions and help you through the process.