Home
Articles
The Most Expensive Divorce in History?

The Most Expensive Divorce in History? 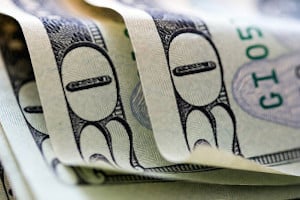 When you are going through a divorce, it almost always helps to have an experienced divorce lawyer on your side.

This is especially true if you have children or have a lot of marital assets: a lawyer can advise you of your rights and work to make sure that your divorce settlement is as fair and equitable as possible.

This was the case in the divorce of Dmitry Rybololev, a Russian billionaire (yes, billion with a “b”).

According to a recent article in the Huffington Post, a Swiss court ordered the billionaire to pay over $4.5 billion to his now ex-wife. The ex-wife will also receive $146 million in property that the couple owned around the world. She was granted custody of their 13-year-old daughter.

The ex-wife’s lawyers stated that she is entitled to half of the fortune made during their marriage and that the court’s decision was a victory for her.

Rybololev is worth approximately $8.8 billion and is ranked the 147th richest person in the world by Forbes.

Even if it is decreased, Rybololev’s ex-wife will still likely walk away with billions.

Whether you’re worth billions, millions, thousands, or a lot less, it’s important to consult an attorney about your divorce. Divorce can be confusing and difficult, and mistakes can be costly—not just financially, but also emotionally.

If you have questions about divorce, the Everett, WA divorce lawyers at the Law Offices of Jason S. Newcombe can help you answer them. Call us today.