Home
Articles
When Can Teens Be Charged as Adults?

When Can Teens Be Charged as Adults? 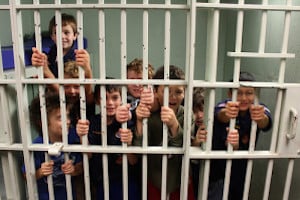 In the U.S., we have two systems for people charged with a crime: the juvenile system and the adult criminal justice system.

The juvenile justice system exists to rehabilitate young offenders. The idea behind this system is that young adults are often less responsible, less mature, and less aware of the consequences of their actions. With proper rehabilitation, they can grow up to be productive members of society.

The criminal justice system, on the other hand, is meant to both punish and rehabilitate adult offenders. Adults have the wisdom and experience that youths don’t, and they should know the consequences of their actions. Because of this, they receive harsher sentences as punishment.

If a juvenile commits a crime, they face lighter penalties. Instead of jail time, for example, he or she may be issued a warning by the police officer or obligated to attend counseling, do community service, pay a fine, or go through probation.

In some cases, however, juveniles can be tried as adults. Whether or not a juvenile is tried as an adult—thereby going through the criminal justice system—depends on his or her age, criminal record, and the severity of the crime.

When the crime committed is particularly serious, it is more likely that the youth will be charged as an adult.

This was the case for a 16-year-old boy in Connecticut, who was charged in the slashing death of his classmate, according to CNN.

The boy allegedly slashed the victim, Maren Sanchez, in the hallway of their school. He was found with his hands and clothes bloodied, and he allegedly admitted to the school’s police officer, “I did it. Just arrest me.”

If convicted, the boy faces 25 to 60 years in an adult prison.

If your child has been charged with a crime, it’s important to take it seriously. While you, of course, want him or her to learn a lesson, you also don’t want his or her life to be ruined.

Call the Law Offices of Jason S. Newcombe today to speak to an experienced Everett, WA criminal defense lawyer about your child’s case.