A domestic violence conviction could be devastating, and since it's so easy to file a complaint in Washington, it's vital that you do everything in your power to prevent prosecution. Innocent people are accused of domestic violence every day, and the police and prosecutor may pursue charges even if the alleged victim changes their story.

The punishments associated with a domestic violence conviction can be life-altering, and could even land you in jail. You risk a significant loss of your civil rights, and a no-contact order could separate you from your spouse and children before any verdict is ever rendered.

The punishments associated with a domestic violence charge depend upon the circumstances of the arrest. Most people are charged with a gross misdemeanor in domestic violence cases, which carries a sentence of up to a year in jail and fines of $5,000. If the victim of the abuse was injured, the charge could be raised to a felony, with penalties that could include time in prison. If prior convictions are involved, penalties could run as high as up to five years behind bars and $10,000 in fines.

Other charges sometimes accompany a domestic violence charge, which require even more perseverance from your attorney. If property was damaged during the alleged altercation, a malicious mischief charge may be added to the domestic violence charge. This crime incurs its own serious penalties, so the sentencing could be far more severe. Obviously, you have a lot to consider, so don't waste any time before reaching out to one of our Kent domestic violence attorneys.

At the Law Office of Jason S. Newcombe, we have more than three decades of collective experience handling domestic violence cases. Whether you've been charged with a misdemeanor or felony, you need to contact a legal professional as soon as possible. Your freedom could well depend on the actions you take right now.

Get Answers From Our Qualified Kent Domestic Violence Lawyers 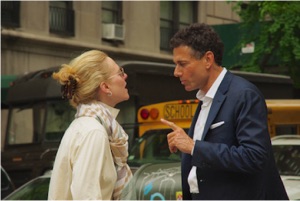 When the police respond to a call of domestic violence, they often arrest the party that they believe is the aggressor. However, it's easy to claim spousal battery without proof, which may lead to an arrest and a denial of bail. Even if the alleged victim changes their story and decides not to press charges, the state may still seek a conviction or issue a no-contact order.

If they do press charges, a protection order may be granted to the victim or an existing order could be extended. If the order is subsequently violated, it could lead to another arrest and additional charges.

Contact Us
Practice Areas
Washington Cities We Serve
Client Reviews
★★★★★
"Great service and follow up. Its a scary thing when you need a lawyer but Jason and his team make it less so. Very happy with our outcome." Scott Thibeault
★★★★★
"Jason and his team are excellent!! Everyone on the staff is super helpful and always follows up as promised. Jason has continuously gone above and beyond what's expected of him, which really put me at ease and let me know he was there to have my back. He's extremely knowledgeable of the law, has tons of experience, and make sure he takes the time to get the best outcome possible. Things would have been much worse for me without Jason's help." Jesse H.
★★★★★
"Jason Newcombe is an excellent attorney. He is professional, well-spoken and intent on achieving the goals set out during his initial counseling. If you are looking for an attorney to best represent you throughout your court process, Mr. Newcombe is a gifted rhetoric who presents his cases flawlessly and dedicates the entirety of his free time into making sure his clients receive the best possible outcome." G. S.
★★★★★
"Jason Newcombe and his Associate's are all top notch individuals who will fight tooth and nail for you and go the distance to ensure that you receive the best outcome possible on your case. I would not be where I am today if not for the Law offices of Jason Newcombe." Eric Brandt
★★★★★
"From start to finish with the DUI process Jason Newcombe's office has been more than helpful, friendly, honest and respectful.From the beginning, Jason was on our side and fighting our battle with us. He flat out laid out our options honestly and gave us his opinion on which was the best way to go, but never made the decision for us. Jason is very professional yet personable. We are completely satisfied with our end result. Couldn't ask for a better lawyer to be on your side." Christina P.
View More
Submit a Law Firm Client Review