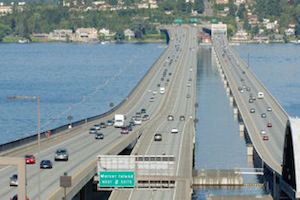 The first thing everyone should know about infractions is the fact that they are not criminal. Something is criminal when the potential penalty includes jail. Infractions, for the most part, only have a monetary penalty. There are a couple exceptions which require community service or the potential of license suspension.

While it is a good thing that infractions are not crimes, the drawback is that it is easier for the government to prove you “committed” the infraction. For a crime, the government must prove beyond a reasonable doubt you committed the crime. That is the highest burden of proof possible. With infractions, they only have to prove beyond a preponderance of the evidence. This means they essentially only have to prove 50.0001% that you committed the infraction. Additionally, the Courts have implemented special rules governing infractions called the Infraction Rules for Courts of Limited Jurisdiction (IRLJ). Many of these rules are also created to streamline the court process (and by doing so, make it easier for the Government to win.) For example, officers can simply write a report and submit it as evidence to be used against you. They do not need to appear if you choose to fight it. The only time they need to appear is if you specifically request and subpoena for the Officer to appear. If you do that, then the Court will require live testimony rather than a written report. However, by no means is this a suggestion that you should subpoena an officer in every case. When you should or shouldn’t subpoena an officer is very dependent on the facts of the case and the court it is in.

If you have questions about an infraction you received, do not hesitate to contact our office. We will be more than happy to discuss the matter with you.