If you are reading this, unfortunately, it probably means you recently received a traffic ticket here in Washington State. We know how frustrating and expensive getting a ticket can be. It can make you so mad that you just want to crumple the ticket into a ball, throw it out of the window, and pretend it never happened. Obviously, this is not a good way to handle the ticket. Ignoring the problem will only result in higher fines and potentially a suspended license. The Law Offices of Jason Newcombe are here to help you deal with your ticket so you can move on with your insurance rates and driving record

Whenever you are issued a ticket in Washington, you have three options.

At the end of the day, the number one goal is to keep this ticket off of your record. Moving violations will impact your insurance rates and can cost you hundreds, possibly thousands of dollars in premium increases. Some moving violations can have fines as low as $93 but be careful! That $93 can bloom into a very expensive insurance increase. Whether you received a speeding ticket, an illegal turn ticket, a stop sign violation, or a negligent driving ticket, it is important that you take the ticket seriously. Likewise, whether this is your first ticket in a long time or the fourth in a short period of time, it is a good idea to fight the ticket. It is a lot easier keeping a clean record clean than it is to rehabilitate a bad record.

So if you decide to fight it, you then need to decide whether you want to hire an attorney or try to do it yourself. The unfortunate reality is local jurisdictions are realizing now that traffic tickets are a great way to balance their budgets. If you fought a ticket on your own years ago, things have changed since. There is just as much pressure on Judges and prosecutors to get ticket money as there is on officers to write the tickets in the first place. For most people, walking into court and giving the Judge some excuse is not going to keep the ticket off of your record. “I was just going with the flow of traffic”, “My car is old, it can’t go that fast, ” and “the officer must have been confusing me with someone else because I don’t think I was going that fast” are all common excuses that go nowhere. Fighting a traffic ticket is not like an episode of “Law & Order.” Washington State tickets are technically “civil” meaning they are not criminal cases. This is both good and bad. Obviously, no one wants to have a criminal conviction for speeding but the flip side to that coin is the fact that because the case is civil, it is much easier for the court to rule against you. Unlike in a criminal case where the burden of proof is beyond a reasonable doubt (think 99%), the burden is beyond a preponderance of the evidence (think 50.001%.) Additionally, officers do not have to appear at your hearing unless you subpoena him/her. Instead, officers will submit a report that the Judge will then read to determine whether you violated the statute. Kind of difficult to ask a report questions, right? 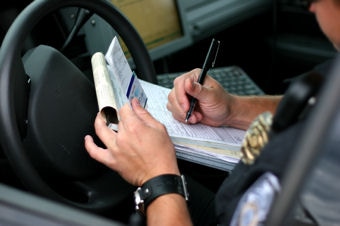 An experienced Tacoma traffic ticket attorney knows the different courts, prosecutors, and Judges. They will be able to review the police reports and determine the best course of action with your case. But you do not want to hire the attorney after the damage has already been done to your record. If you try to fight the ticket yourself and then lose, it is very difficult for an attorney to then after the fact try to fix the situation. By fighting the ticket yourself, you just closed off many options/arguments the attorney could have used to keep the ticket off of your record. Instead, you need to contact an experienced traffic attorney as soon as you get the ticket so they can begin to prepare your defense.

Whether you think the officer made a mistake or you made the mistake, the Law Offices of Jason Newcombe are here to help you through this frustrating experience. Contact our office today to discuss your ticket and options.

Commercial Driver’s License (CDL)/ Overweight Tickets Driving While License Suspended (DWLS) Failure to Obey Traffic Control Device Following Too Closely Intermediate License No Insurance Racing Speeding
Contact Us
Traffic Tickets
Washington Cities We Serve
Client Reviews
★★★★★
"Great service and follow up. Its a scary thing when you need a lawyer but Jason and his team make it less so. Very happy with our outcome." Scott Thibeault
★★★★★
"Jason and his team are excellent!! Everyone on the staff is super helpful and always follows up as promised. Jason has continuously gone above and beyond what's expected of him, which really put me at ease and let me know he was there to have my back. He's extremely knowledgeable of the law, has tons of experience, and make sure he takes the time to get the best outcome possible. Things would have been much worse for me without Jason's help." Jesse H.
★★★★★
"Jason Newcombe is an excellent attorney. He is professional, well-spoken and intent on achieving the goals set out during his initial counseling. If you are looking for an attorney to best represent you throughout your court process, Mr. Newcombe is a gifted rhetoric who presents his cases flawlessly and dedicates the entirety of his free time into making sure his clients receive the best possible outcome." G. S.
★★★★★
"Jason Newcombe and his Associate's are all top notch individuals who will fight tooth and nail for you and go the distance to ensure that you receive the best outcome possible on your case. I would not be where I am today if not for the Law offices of Jason Newcombe." Eric Brandt
★★★★★
"From start to finish with the DUI process Jason Newcombe's office has been more than helpful, friendly, honest and respectful.From the beginning, Jason was on our side and fighting our battle with us. He flat out laid out our options honestly and gave us his opinion on which was the best way to go, but never made the decision for us. Jason is very professional yet personable. We are completely satisfied with our end result. Couldn't ask for a better lawyer to be on your side." Christina P.
View More
Submit a Law Firm Client Review