A marijuana DUI has many similarities with a typical alcohol DUI. A conviction of either of them will result in mandatory jail, fines, license suspension, probation, drug/alcohol treatment, and even an ignition interlock device! A marijuana DUI is also a gross misdemeanor (with a few exceptions), which means the maximum penalty is 364 days in jail and a $5,000 fine.

Just like with alcohol having a legal limit (.08), marijuana also has a legal limit which is 5 ng/ml of THC. The fact that you might not feel high or are actually impaired at that point is irrelevant. It is especially problematic for users of marijuana to project whether they have reached that limit or not. Unlike with alcohol, where each alcoholic beverage has a label with alcohol content listed, marijuana normally does not. Additionally, the method of ingestion can impact your level of impairment. The fact that you may have a marijuana prescription also has no relevancy. Everyone over 21 is permitted to ingest marijuana (just like alcohol), but it does not give you the right to then drive afterwards with limits above the legal threshold. 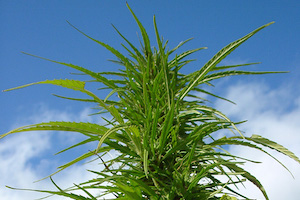 If you are facing a DUI, whether it be due to alcohol, marijuana, or any other type of narcotic, do not hesitate to give our office a call to discuss your options. Our Seattle, WA lawyers have the experience, knowledge, and skill to guide you through the criminal justice process and work toward the best possible outcome in your case.