When a creditor gets a court order requiring a bank or an employer to turn your money over to them to pay a debt, it is called a garnishment. They must obtain a judgment against you before getting the writ of garnishment from the court. To get a judgment, they must first file a lawsuit against you. Creditors can take up to 25% of take home wages in a garnishment.

Even if you are in the middle of a wage garnishment, the bankruptcy stops the garnishment immediately. You can recover up to 90 days of garnished wages after filing bankruptcy but don’t count on it. If a bank account is frozen but no judgment and writ or garnishment has been entered yet, you can get the bank account back. Generally waiting until there is a law suit and garnishment is looming to file bankruptcy should be avoided. Too many people find themselves in a situation where 25 of their take home pay is being garnished and they have trouble coming up with money for the pre-bankruptcy class, filing fees and attorneys fees. 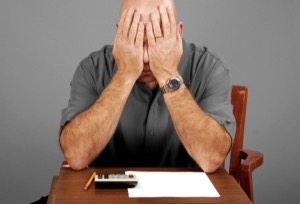 To slow down the garnishment process, you should file an answer if you receive a summons and complaint. The summons has to be personally delivered to you. The summons will say you have 20 days to file an answer. They law suit may or may not actually be filed with the court. If you do not file an answer, the creditor can get a default judgment against you and proceed to garnishing your wages before you know it. Bankruptcy is a powerful weapon against stopping garnishments and can stop them immediately if you have to, but it is wise to think ahead and talk to bankruptcy attorney if you are so behind on debt that garnishment looks like a possibility.