What is Burglary? Our Seattle Burglary Attorneys Explain 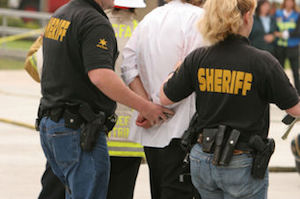 Like many other crimes, burglary is broken down into various subcategories or “degrees” according to Seattle law. In every instance, Seattle burglary is defined as entering into a business or dwelling with the intent to commit a criminal act, but even if the “act” wasn’t committed you can still be charged with burglary. This means that either entering a building, or staying longer than invited, with the intention of committing a crime could lead to a burglary charge.

Understanding these laws can be difficult, so we recommend talking to one of our Seattle burglary lawyers about your specific case. The different degrees of Seattle burglary break down as follows.

First Degree Seattle Burglary is the most serious and indicates that a person entering a property with the intent to commit a crime was carrying a weapon or actually committed an assault. This is considered a Class A felony in Seattle State, so it is not a criminal charge one should take lightly.

Second Degree Seattle Burglary is charged when a person enters a building other than a residence with the intent to commit a crime. It is a Class B felony and requires careful consideration by a qualified Seattle legal professional.

Residential Burglary is also a Class B felony and indicates that a person illegally entered someone’s residence.

One thing is certain; a conviction for any these Seattle burglary crimes will have a lasting impact on your life, you future, and everyone you care about. If you have been arrested for any of these crimes you need to talk to qualified Seattle burglary attorneys as soon as you can to ensure that you get a fair trial and your legal rights are protected.

Seattle attorney Jason S. Newcombe will aggressively defend your interests, and will seek to have your burglary charges reduced or dropped.

What Our Team of Seattle Burglary Lawyers Can Do for You

In a Seattle burglary case, it is up to the prosecution to prove that the defendant entered the property with intent to commit a crime. This is never easy, so it is the goal of our Seattle burglary attorneys to carefully examine the evidence in every case to point out discrepancies and make sure that important evidence is not overlooked by the court.

Our team of Seattle burglary lawyers will also review all the evidence against you to ensure that it was obtained lawfully by the police, thus taking extra steps to make sure you’re legal rights are being acknowledged.

Our goal as professional litigators is not to judge, but to offer you the best representation possible in an effort to have your Seattle burglary charges dismissed or reduced. At the very least we will seek to have the penalties associated with your Seattle burglary minimized in whatever way possible.

Our affordable rates and payment plan service makes it possible for anyone to have dedicated Seattle lawyers fighting on their behalf. Contact one of our burglary attorneys today and protect your future.