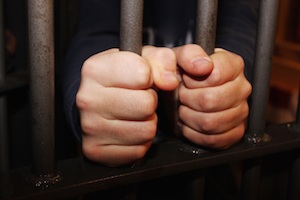 The most general breakdown of crimes depends on the maximum potential penalties. Crimes with a maximum penalty of 90 days in jail and a $1,000 fine are called misdemeanors. Any type of criminal conviction, including misdemeanors can include other types of penalties, such as probation, court ordered classes, no contact orders, stay out of area orders, court costs, and much more. A prosecutor for the State or City has up to one year to decide on whether or not to file a criminal charges on something that would be a misdemeanor.

Crimes which have a maximum penalty of 364 days in jail and a $5,000 fine are classified as gross misdemeanors. If you are convicted of a gross misdemeanor, the court also has the authority to impose additional penalties, such as probation, court costs (in addition to a fine), classes (i.e. anger management, drug & alcohol, parenting, driving), driving restrictions, and also no contact orders. The statute of limitations on a gross misdemeanor is 2 years which means the prosecutor has up to two years to file the criminal charge against you.

Just like with a misdemeanor, gross misdemeanors are handled by municipal courts and county district courts. These types of charges are commonly handled by the Thurston County District Court, Olympia Municipal, the City of Lacy, Yelm Municipal, and Tumwater Municipal.

The most serious types of crimes are designated as felonies. Felonies are crimes with a maximum penalty over 364 days in jail. Felonies are then broken up into three different classes which also signify their severity.

A class A felony is the most serious type of crime possible. They have a maximum penalty of life in prison and a $50,000 fine. Class A felonies include murder, manslaughter 1°, assault 1°, and assault 2° with sexual motivation.

Contact Us
Our Criminal Defense Lawyers
Criminal Defense Washington Cities We Serve
Client Reviews
★★★★★
"Great service and follow up. Its a scary thing when you need a lawyer but Jason and his team make it less so. Very happy with our outcome." Scott Thibeault
★★★★★
"Jason and his team are excellent!! Everyone on the staff is super helpful and always follows up as promised. Jason has continuously gone above and beyond what's expected of him, which really put me at ease and let me know he was there to have my back. He's extremely knowledgeable of the law, has tons of experience, and make sure he takes the time to get the best outcome possible. Things would have been much worse for me without Jason's help." Jesse H.
★★★★★
"Jason Newcombe is an excellent attorney. He is professional, well-spoken and intent on achieving the goals set out during his initial counseling. If you are looking for an attorney to best represent you throughout your court process, Mr. Newcombe is a gifted rhetoric who presents his cases flawlessly and dedicates the entirety of his free time into making sure his clients receive the best possible outcome." G. S.
★★★★★
"Jason Newcombe and his Associate's are all top notch individuals who will fight tooth and nail for you and go the distance to ensure that you receive the best outcome possible on your case. I would not be where I am today if not for the Law offices of Jason Newcombe." Eric Brandt
★★★★★
"From start to finish with the DUI process Jason Newcombe's office has been more than helpful, friendly, honest and respectful.From the beginning, Jason was on our side and fighting our battle with us. He flat out laid out our options honestly and gave us his opinion on which was the best way to go, but never made the decision for us. Jason is very professional yet personable. We are completely satisfied with our end result. Couldn't ask for a better lawyer to be on your side." Christina P.
View More
Submit a Law Firm Client Review