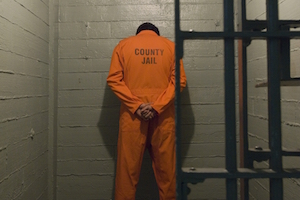 Simply stated, robbery is defined as taking personal property from someone else against their will by using intimidation or force. It doesn’t matter where you live, robbery is a serious crime, and Seattle is no different. Robbery and theft are sometimes confused but in Seattle, robbery indicates that violence and intimidation were used during the crime. If there is a weapon wielded during the robbery, the penalties can be even more severe.

You do not want to take any undue risks if you’ve been charged with a Seattle robbery. You could be facing serious prison time, sometimes for life, so contact one of our Seattle robbery lawyers as soon as you possibly can.

If you or someone you love has been charged with a Seattle robbery, then there is obviously a lot of emotion involved in the situation. This is a huge challenge to overcome, so it makes good sense to have experienced Seattle robbery attorneys aggressively fighting to minimize the damage as much as possible.

One of the first things people charged with Seattle robbery want to know is what might happen to them. Certain elements must apply for a crime to be considered a robbery, and these include both intent and the actions of the accused party. However, a person can only be charged with a Seattle robbery if they intend to take property during the act and force or intimidation was used at that moment.

There are numerous subtleties that can come into play, and this is why it’s so important you have skilled Seattle robbery lawyers fighting on your behalf. Jason S. Newcombe is a skilled Seattle litigator who is highly trained to distinguish these subtleties and use them to his client’s advantage.

Get More Information from Our Seattle Robbery Attorneys

In Seattle, robbery is also broken down into classifications depending on the nature of the crime. Armed robbery involves the use of a weapon, such as a gun, in an act of force against the victim. An armed robbery is likely to take place in a bank, privately owned store, or in a person’s home. When there is use of a deadly weapon such as a knife or gun, or bodily harm is inflicted, then this is called an aggravated robbery in Seattle. Punishment in these cases is even more severe than a regular Seattle robbery.

Attempted robbery in Seattle is the charge when the effort results in failure. Still, it is possible that the case will be treated the same as a regular Seattle robbery when it goes to trial. Our Seattle robbery lawyers can handle your case no matter what the circumstances or severity of the charge. The first step you need to take is to contact them so that they can accurately assess your robbery situation, and get started creating an aggressive defense designed to minimize the damage as much as possible.