Theft is divided into three different degrees which indicate the seriousness of the charge. Whether you are facing theft 1°, 2°, or 3°, it is important to take the charge extremely seriously. In addition to potential jail, fines, probation, restitution, and no contact orders, a crime of dishonesty on your record will impact your ability to get a job or even housing in the future.

The most common theft charge is theft 3° which is the least serious of the degrees. Theft 3° is a gross misdemeanor which means the maximum penalty is 364 days in jail and a $5,000 fine. This degree is charged when the items stolen have a value of $750 or less. This is typically the charge when shoplifting is involved. A incidents of shoplifting, under state statute, a store has a right to seek restitution above what the value of the items were. They can do this even if they stopped you from actually stealing the goods! Typically, you will get a letter in the mail with a civil demand. They will offer to close their civil case against you if you send them a certain amount of money. If you do not, they will then sue you for the damages. However, this will only close the civil case. The government can still proceed with their criminal case against you. Occasionally, an experienced attorney can work out a resolution with the victim to also close the criminal case. Because of this, it is important to contact an attorney as soon as possible to hopefully get the best resolution possible before it is too late. 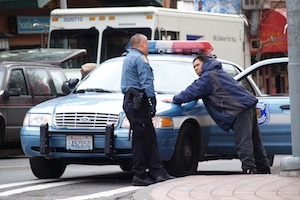 In some instances, the types of items stolen will dictate the theft charge you face, despite the value. For example, stealing a car is a felony even if the car is only worth $500. Theft of a firearm is a class B felony, even if it is worth under $750.